Click Here  to Donate to the Protect Your Record Project 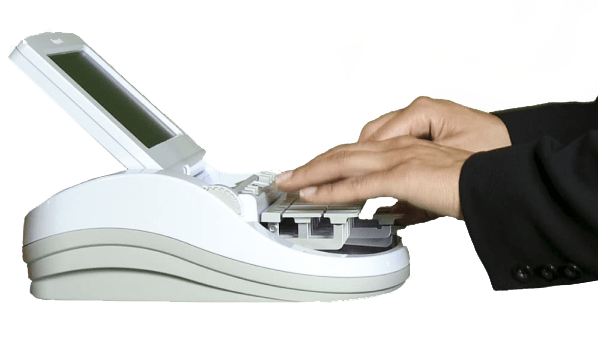 Have you recently shown up to a depo and realized the “court reporter” didn’t have a stenography machine?  You might have thought, “Wow, the court reporter doesn’t need one of those little machines anymore.”

The hard truth is you have just been part of a bait-and-switch scheme that may cost you your case.

Currently, there is a practice happening where unlicensed court reporting agencies, who claim they can’t find a licensed stenographic court reporter, are sending in a notary public to digitally record the deposition and have it transcribed later.

How could this cost you your case?

California CCP § 2025.340 (m) specifically lays out what is necessary to offer an audio or video recording of a deposition in evidence under Section 2025.620:

“…If no stenographic record of the deposition testimony has previously been made, the party offering an audio or video recording of that testimony under Section 2025.620 shall accompany that offer with a stenographic transcript prepared from that recording.”

Who is actually preparing the transcript if a Certified Shorthand Reporter didn’t show up?

These unlicensed agencies oftentimes send the digital recording to multiple transcribers who sometimes are located outside the United States.  The person showing up calling themselves a “court reporter” is not the one who transcribes the depo.  If your transcript is not prepared by a Certified Shorthand Reporter, your deposition might not be admitted into evidence.

In a recent case on June 4th, 2021, in San Mateo County, In Re: McIntosh, Case Number SC023606A, Honorable Judge Scott upheld the Code of Civil Procedure and denied the admission of a digitally recorded deposition not prepared by a Certified Shorthand Reporter.

“…[W]ith regard to the deposition of Mr. Dirickson, that it was taken pursuant to the Code of Civil Procedure 2025.340 for audio and video recording but was not stenographically transcribed pursuant to CCP 2025.340(m). It was simply given to a — even though Mr. Dirickson was sworn in by a licensed notary, Cindy Cobb is simply a transcriber, not a stenographic transcriber as required by law.  Meaning, a certified shorthand reporter.  So, the deposition of Mr. Dirickson would be inadmissible for — inadmissible on those grounds.”

To make sure this doesn’t happen to you:

Remember, you have a right to object to the deposition officer’s qualifications per CCP § 2025.320(e).

Lastly, California Certified Shorthand Reporters (commonly called “court reporters”) are licensed by the State of California and have a board that was established in 1951 to protect the consumer, YOU.  The Court Reporters Board of California claims they do not have jurisdiction over these companies, who are unauthorized to provide professional court reporting services according to current California law.  If you have a problem with your transcript or deposition officer who is not a Certified Shorthand Reporter, you will have no recourse.

If you have been subjected to this practice, please consider filing a complaint with the Court Reporters Board of California here and also forward a complaint to the California Attorney General’s Office.

Five Reasons Why You Should Choose a Licensed Court Reporter